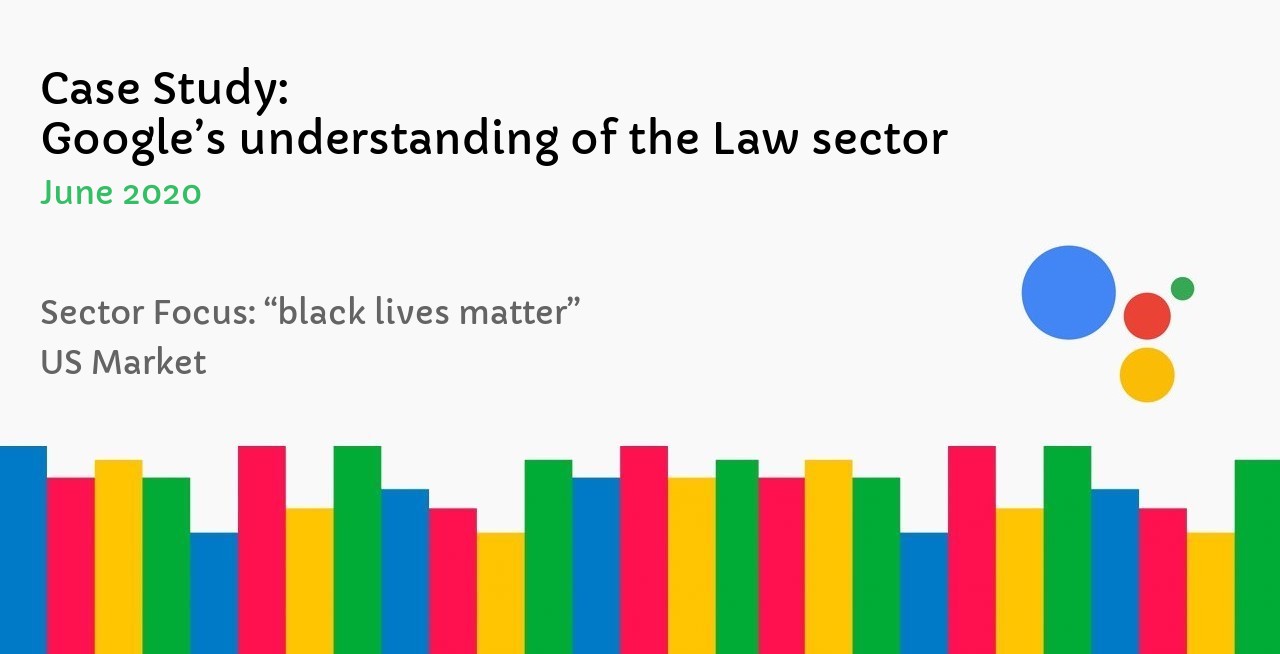 Google is known to be extra careful when returning results for "Your Money or Your Life" terms. It is therefore encouraging that Google's understanding of the topics involved in the black lives matter movement is the strongest we have looked at to dat. Even so, whilst there is a debate to be had around whether this topic should be categorized in society rather than law, our systems categorixed this as a law issue, because the concepts of "justice" and "racism" were prevalent within the content returned. "Justice" and "racism", however, are concepts that Google did not seem to pick up. It was also interesting to note that Google returned severla social media and news sites, demonstrating that it feels the query deserves freshness of results. These were interspersed with four different results from Blacklivesmatter.com, suggesting that Google has made a strong connection between the site and the topic.

Google uses Natural Language Processing (NLP) routines to convert its understanding of text into topics and concepts (Entities). We looked out how much understanding Google misses using this approach in the Law sector.

The results showed that 36.4% of entities seen on the results in the Law sector SERPS (search engine Results pages) were positively identified by Google.

This compares to 20.7% average across all analyzed industry sectors.

How the Sector Compares

Different sectors tend to be analyzed with a different degree of accuracy by the search engines. This stems from two main challenges.

How the research was conducted

Google’s Search API returned URLs for the following sites competing for this phrase:

The texts of each page are then sent to Google’s NLP API, in order to determine which entities are identified by the search engine. These are important for search since Google is then able to link these to its Knowledge Graph to feed its services including Google Discover, Google search, Voice Search and Google News. (Although, correct identification does not guarantee inclusion in these results)

Here is first of all the synthesis of the results returned by Google:

Here are some errors in the categorization of entities:

Most important entities (provided by InLinks), compared to those identified by Google:

How can the Law Industry benefit from this report?

By understanding where Google is failing to recognize important concepts within the industry, there is an opportunity for companies in the sector to write clearer content that Google can better understand.

Another option is to explicitly state these concepts in Webpage schema for machine learning algorithms to take into account. This would require using Schema.org/WebPage and the "about" and mentions" properties for important concepts such as .

Internal linking of topics topages dedicated to each important topic will also help to reduce cannibalisation of content in Google’s understanding of contect within your content.

Google's understanding of the Law market, based on its NLP algorithms remains limited at 36.4% for this industry. Businesses either need to improve their schema or make their content more understandable by Google to improve its level of understanding.